Poor repair quality is the key to problems with your equipment. With a developed system of collective irresponsibility, the specialist in technical diagnostics is the last frontier in protecting equipment from the "human factor". In this article, I propose to consider an example of the detection of marriage after repair of an electric motor.

We have a centrifugal pump unit with an AIR250M4 electric motor N = 90 kW, n = 1475 rpm. After overheating of bearing No. 2, it was replaced. The operating personnel said that the repairmen could not be knocked off the coupling half from the electric motor with a sledgehammer (there are traces of blows) and the rotor of the electric motor had to be transferred to the workshop. There, the coupling half was barely ripped off. After replacing the bearing, the coupling half did not sit down and it was drilled and fixed by means of a guzhon. Then the joint and I were called to check the quality of the alignment, which was in the tolerance. A few hours later the phone rang and I was informed that the pump had already been working for 40 minutes, but an incomprehensible extraneous noise was coming from it and we measured the high axial vibration on the No. 2 bearing of the electric motor in the axial direction, which was 5 mm / s. Help is urgently needed.

Scheme of the pump unit with indication of measuring points

The operation of the unit is really accompanied by extraneous noise. The noise is not constant, it appears, then disappears, then amplifies, then weakens. It is difficult to describe what it looks like, but it seems to come from under the protective cover of the pump coupling. The temperature of the bearing No. 2 is about 60 ° C. Vibration is unstable.

Vibration spectra of bearings in the vertical direction

Vibration spectra of bearings in the horizontal direction

Vibration spectra of bearings in the axial direction

As you can see, the spectra are saturated with harmonics of the reverse frequency of 24.9 Hz. The second harmonic is dominant. When measuring in the mode without averaging, a strong fluctuation of the amplitudes of the harmonics of the reverse frequency is observed, but except for the first. Such a picture is typical for defects such as attenuation (harmonics are more stable when centered). Given the noise from the clutch, I assume a weakened fit.

Some harmonics are modulated by a double separator speed. It is very similar to a defect in the outer ring, but we are in no hurry to defect it. The assumed attenuation on the shaft causes alternating loads on the outer ring (most often 2 times per 1 revolution, judging by the direct spectra). Since the vibration is higher in the axial direction, one can imagine the axial movements of the rotor (also 2 times per revolution), leading to periodic wedging of the separator twice per revolution. This is just an assumption, but given the fact that the bearing is new - it is very similar to the truth.

Contrary to the desire of the staff to continue operating in the hope that the axial vibration will decrease (and sometimes it drops to 4 mm / s) and the temperature will stop, I report that the possible cause of noise and vibration is a defect in the coupling half on the motor shaft and I demand to stop the unit for inspection.

After disassembling the circuit and removing the fence, I proceed to inspect the coupling. Visually, everything is fine, both coupling halves are firmly seated, not jammed, the gap between the ends is 5-7 mm. But as soon as the heavy half-coupling of the electric motor was pulled, it slipped along the shaft and banged loudly on the reciprocal half-coupling of the pump. Although the mounted gugeon is in place. Defect confirmed. 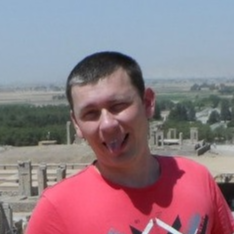