Failure of the sensor of shock impulses SPM 44000

This short article will be useful for owners of SPM Leonova Diamond and Leonova Emerald instruments. We are talking about a defect in the shock pulse sensor that we encountered. It was not possible to solve the problem quickly through support, so we find the reason and fix the defect ourselves.

After purchasing the Leonova Diamond, the shock pulse sensor worked flawlessly for the first two months. In the third month, errors occasionally appeared when trying to measure shock impulses with the SPM 44000 probe. In the fourth month, it became impossible to use shock impulse methods. Various errors TLT7, TLT8 flew out, autodetection of other various sensors (by resistance?), Writing to the device was not made.

Naturally, we contacted the representatives of SPM in Russia, explained what and how, error codes. We were offered to update the software and if it does not help, then write them a letter with photos, etc. to be sent to the manufacturer. We expected that their customers had already faced such problems and they would prompt us how to quickly solve the problem. We have no desire to extend the process, the sensor is needed now, so we are looking for the problem on our own. 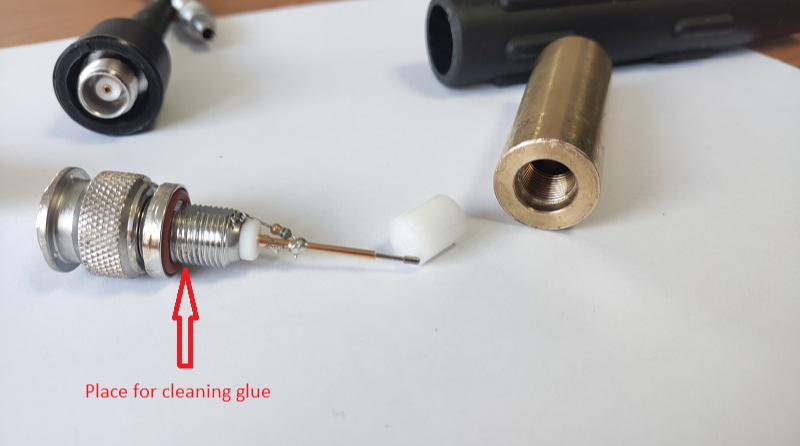 As it turned out, the problem was trivial. When measuring resistance, we found poor contact by mass. We spent a lot of time disassembling the sensor (the design turned out to be quite tricky) and found a defective place - the threaded connection of the connector with a copper sleeve into which the shock pulse sensor is screwed. Having unscrewed the connector from the sleeve, a lot of dried glue was found on its threaded surface, due to which the contact area of ​​the parts was minimal. Our problem was completely solved by stripping the thread from the glue, now the sensor works without a single failure.